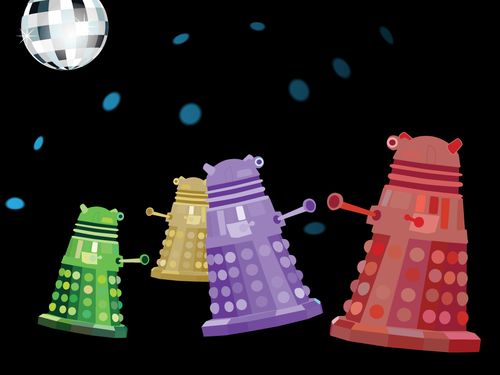 Beneath the spinning dishes, we watched the aardvarks dance,

and twenty shouting fishes, were sent into a trance.

A tailor and a vicar, fell down and writhed around,

while geese with eyes a-glitter, stood cheering on a mound.

a bell-pepper began ringing, and a haddock struck a gong.

Cyclists all rode nude, the skies became quite dark,

I laughed so much my ribs hurt, my eyes were out on stalks,

as bats came from the woodwork, and the rats were made of chalk.

I heard a sudden buzzing, the phantoms did recede,

and wide awake but fuzzy, I got out of bed and peed.
END_OF_DOCUMENT_TOKEN_TO_BE_REPLACED

Dr Who – The lost episodes*

The Doctor brings a great inventor back from the past to help save Earth from an invasion of evil steam-punks from another dimension. Chaos ensues..

Scene 1: Somewhere on the M1 motorway, a motorcycle cop pulls up next to a familiar blue police box on the hard shoulder. Two men emerge.

Cop: “You shut up, I was talking to him”

Cop: *now visibly seething* “What the hell are you doing here?”

END_OF_DOCUMENT_TOKEN_TO_BE_REPLACED 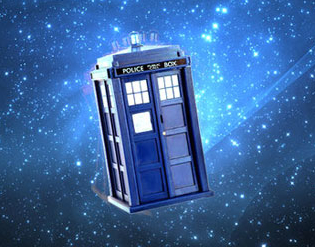 Identity is a funny thing, something we often take for granted. How do you define the you that you see in the mirror? Who is that person looking back at you and is it the same person who was there yesterday? What do you mean you have no reflection? Do your friends know you’re a vampire?

When you think back you might realise just how much you’ve changed over the years, even if you’re still relatively young. The fact that you (hopefully) no longer howl when hungry, or throw a temper tantrum at the supermarket ‘cos they’ve sold the last of your favourite ice cream or potato chips shows that you are evolving. Of course not in a Darwinian sense: you are unlikely to develop gills just because you swim a lot, or wings because you are tired of taking the bus. It doesn’t quite work like that, unfortunately.
END_OF_DOCUMENT_TOKEN_TO_BE_REPLACED

As a kid I loved robots and would never be disappointed to receive one as a birthday gift.

The public’s first encounter with a fictional robot was probably in the amazing 1927 German classic Metropolis, with its pioneering special effects and production design.

Much later, kids in the UK hid behind sofas as Dr Who brought us the menacing Daleks and (to my mind) the even scarier Cybermen.

The classic movie Forbidden Planet (and later shows like Lost in Space) introduced us to amazing automatons like Robby – a loyal robotic companion that did useful stuff, like defending you from scary monsters, or manufacturing vast quantities of booze on demand. What’s not to love?