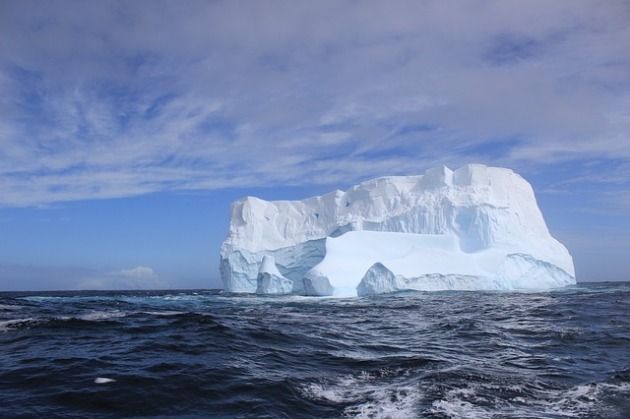 I’m sure you will have encountered similar messages in the media. And you may have been struck by the sense, as I was recently, that while our individual choices are important, we are essentially rearranging the deck-chairs on the Titanic, if the world’s biggest climate culprits don’t get involved. And not with green-washing and PR exercises, but with real action to end the obsession with profits and growth at any cost.

Stan Lee, beloved creator of the Marvel universe, passed away this week. In his amazing career he dreamed up scores of memorable superheroes and villains. Sadly we cannot rely on any colourfully-costumed crusaders to rescue us from our current predicament. In fact it all gets rather complicated when we realise that the menace we are facing is… us. You, me, the guys who run the corporations, banks, the politicians, (especially the politicians) all of us are the bad guys in this storyline. And, perhaps, the good guys too.

I shop, therefore I am

We used to have a framed postcard featuring this ironic twist on René Descartes‘ famous saying. It acknowledged that we were consumers, just as hooked on the shopping drug as most other folks. And yet it tacitly suggested we were somehow smarter, because we were consuming ironically, in much the same way one might watch awful reality shows ironically. But shopping is shopping, and while we weren’t exactly the last of the big spenders, we were still a part of the problem.

“Advertising has us chasing cars and clothes, working jobs we hate so we can buy shit we don’t need..”

Chuck Palahnuik‘s legendary 1996 novel Fight Club had a lot to say about consumer culture. I remember leaving the cinema after seeing the movie version and it felt life-changing. Sadly the feeling soon wore off, and my life was much as before. But not completely. Because it influenced my thinking in some subtle ways. I did not take up any pugilistic pursuits, but I did start to think more about how our wants and goals are influenced by advertising, and the unrealistic dreams we often chase.

The TV series Mr Robot touched on some similar themes, and I’m sure inspired many to think critically about the world we have fashioned for ourselves. Nobody voted for a dystopian surveillance society, where advertising and complex algorithms manipulate us to feel anxious and spend more money. But that’s what we ended up with. Of course thinking about fixing this mess and actually taking action are very different things. And if we can rebel vicariously via TV and movie characters, we don’t need to do anything. Which is presumably why (most) governments haven’t banned these anarchic books, movies and TV shows. Yet.

There are signs we are finally waking up to the reality that we are consuming our planet’s finite resources, while destabilising our climate and making ourselves miserable into the bargain. But hey, we have smartphones, microwave popcorn and Netflix. So totally worth it, right?

The worrying climate extremes we’ve seen recently may be just the tip of the iceberg. The scientific consensus is certainly clear: man-made climate change is steering our species into very dangerous waters. And we simply don’t know how quickly the process could reach a dangerous tipping point.

The journalist and author George Monbiot laid out a stark warning in this Guardian piece on the threats ahead. It will either inspire you to action, like the heroes of Extinction Rebellion, or have you reaching for a stiff drink and more comical cat capers on Youtube.

Let’s face it, who wants to spend all their time contemplating the possible extinction of our species, let alone the tough action required to halt it. We’ve got dinners to photograph, six-packs to cultivate and eyebrows needing a radical intervention.

When faced with a vast yet seemingly nebulous threat, it’s very easy to feel overwhelmed and seek refuge in denialism or amusing distractions. But we clearly have a responsibility to take action. Humanity has faced many past threats – plagues, wars, meteor strikes, the Selfie Stick – but we are an amazingly adaptable race, with unique abilities to shape our future.

And it’s certainly not all doom and gloom. The statistics clearly demonstrate we are vastly better off today than we have ever been: infant mortality rates, extreme poverty, education, disease and inequality have all improved massively over the past few centuries. We now appear to be on the cusp of multiple revolutions in medicine, technology, food and energy production. We may one day defeat diseases, colonise space and even transcend our physical limitations to cheat the Grim Reaper. But such hopes could all be in vain if we don’t act to mitigate the worst effects of climate change, and secure a sustainable future for the generations to come.

In the early days, environmental activists were dismissed as hippy tree-huggers. I don’t know if the meek will inherit the Earth, but it seems those tree-huggers had the right idea. No trees, no more life. The not-so-meek seem more interested in blowing things up and lining their pockets. So it will not be easy to make life sustainable again. But it’s often during our darkest times and greatest struggles that we see the best side of ourselves.

Right now we’re steaming full-speed ahead towards the mother of all metaphorical icebergs (The real ones will soon all have melted). It’s likely we do have a chance to avert catastrophe if we all take responsibility and get involved. So step away from those cute kitty videos for a bit, give Black Friday a wide berth and get on board. This ship of fools needs all the able hands it can get.