A slight departure from the more usual format today for a different type of rambling. Well a short bus ride/walk anyway, to a lake that is just a stone’s throw (if you are Thor) from our place.

Furesø lake is twenty kilometers north-west of Copenhagen and is apparently the deepest in Denmark. It’s also a perfect location to relax on such a fine sunny day. With the bordering forest an added attraction, we figured it was high time we made a return visit.
END_OF_DOCUMENT_TOKEN_TO_BE_REPLACED 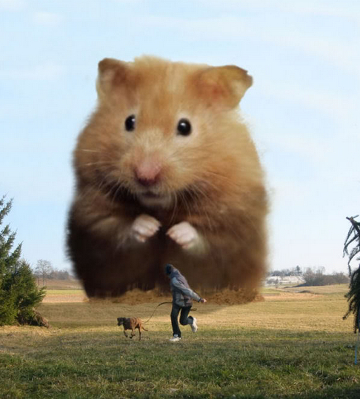 Horror has become big business these days and you can hardly have failed to notice the waves of the undead shuffling, flying or bounding across screens big and small. With a plethora of assorted suckers, rippers and biters, horror fans are spoiled for choice when it comes to grisly supernatural thrills.

There are a ton of psychological theories about why we love to scare ourselves silly with these films. But whatever the truth, many of us just can’t help but subject ourselves to what one might call a safe scare. All the adrenalin and terror without any real danger (despite what some cunning marketing people would have us believe).

We make up horrors to help us cope with the real ones.” – Stephen King

What would the creators of Nosferatu or Dracula make of all this ghoulish entertainment? Would Mary Shelly find our modern day monsters a little OTT? Could George Romero have ever imagined we’d become so addicted to the brain-munchers?
END_OF_DOCUMENT_TOKEN_TO_BE_REPLACED

It just rolls off the tongue, doesn’t it? Apart from sounding a little like somebody clearing their throat first thing in the morning, what do we know about this colourful Aztec war god? Apparently the name is the subject of much disagreement, but has something to do with hummingbirds.

According to Wikipedia:
“There are a handful of origin mythologies describing the deity’s beginnings. One story tells of the cosmic creation and Huitzilopochtli’s role. According to this legend, he was the smallest son of four—his parents being the creator couple Tonacatecutli and Tonacacihuatl while his brothers were Quetzalcoatl and the two Tezcatlipocas. His mother and father instructed both him and Quetzalcoatl to bring order to the world. And so, together they made fire, the first male and female humans, created the Earth, and manufactured a sun.”

That’s quite a story! I’ve heard of pushy parents, but telling your kids to ‘bring order to the world’ is quite a tall order. And boy the kids certainly didn’t disappoint.

There is more:
“Another origin story tells of a fierce goddess, Coatlicue, being impregnated as she was sweeping by a ball of feathers on Mount Coatepec. Her other children, who were already fully grown, were the four hundred male Centzonuitznaua and the female deity Coyolxauhqui. These children, angered by the manner by which their mother became impregnated, conspired to kill her. Huitzilopochtli burst forth from his mother’s womb in full armor and fully grown. He attacked his older brothers and sister, defending his mother by beheading his sister and casting her body from the mountain top. He also chased after his brothers, who fled from him and became scattered all over the sky.”

Wow! That’s quite an entrance for a newborn. I wonder what he did for an encore?

“Huitzilopochtli is seen as the sun in mythology, while his many male siblings are perceived as the stars and his sister as the moon. In the Aztec worldview, this is the reason why the Sun is constantly chasing the Moon and stars.”

So how did the Aztecs honour this high-achieving creative dude?

“Panquetzaliztli (7 December to 26 December) was the Aztec month dedicated to Huitzilopochtli. People decorated their homes and trees with paper flags; there were ritual races, processions, dances, songs, prayers, and finally human sacrifices.”

Ah it was all looking very festive and jolly, until we got to that last part. I know they say we all have to make sacrifices, but that’s one tradition probably best left to ancient history.

Here’s to you Huitzilopochtli. Now where did I put the sun-lotion?