‘There is only one race – the human race’

Genetically we are very similar – there is only a small variation among humans and the concept of different races is largely a social construct, not a biological one. We’re also not so different from our nearest relatives the apes  – Chimpanzees share over 98% of our DNA.

We are related to all life on Earth in all its staggering diversity. Even bananas, which share 50-60% of our DNA, are distant relatives. I suspect this is why some people bruise more easily than others, and some quickly turn brown, or peel after sunbathing. They are a bit more bananas than the rest of us. (I’ve certainly encountered a few 100% bananas individuals online..)

One might think that the appreciation of all the wondrous diversity of life among our global kin would be hardwired. That Homo Sapiens would celebrate and embrace all the many forms life takes. Yet the history of our species is a bloody tale of intolerance, hatred and exploitation of our fellow man, and of the other species with which we share the planet.

But before this turns into a rant about the tribalism and nationalism that has plagued mankind for millennia, I will steer it gently back to less troubled waters. I would rather cheer diversity than remind everyone how rubbish we are at embracing it. We probably get enough reminders every day when we look at the news.

In the natural world, we tend to take diversity for granted and marvel at its wonders. Nobody ever said ‘I bloody hate penguins, let’s kill ’em all, the evil black and white little bastards.’ Well nobody apart from young Egbert Caruthers-Smythe, who was traumatised by penguins on an Antarctic expedition when he caught his father in flagrante, with a rather handsome Emperor penguin and later vowed to restore his family’s good name by driving a steam roller over their entire population. An evil and cunning plan with just one or two minor drawbacks, as he later discovered.

We have certainly wiped out scores of other species, largely thanks to greed and superstition. It will be a sad world indeed if we do nothing for the remaining endangered animals and fail to stop our barbaric destruction of the Earth’s precious ecosystems. If we all pull together now, perhaps we can still save the crocoduck and the kangarhino, perhaps even the extremely rare horseshark or the majestic pug eagle. 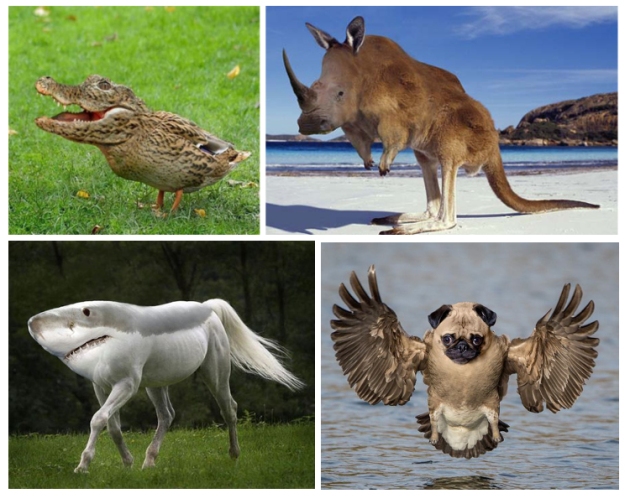 There is certainly a rich diversity in the blogging world, with every subject imaginable covered by someone with a passion and too much free time on their hands. From aardvark grooming tips to zebra tattoos, it’s all out there somewhere in that crazy metaverse of interconnected computers. Probably. For the most part we all happily co-exist in peace with incidents of inter-blog violence extremely rare. A fine example to the rest of mankind.

So let us celebrate all of this wonderful variety, denounce the tribalism and fear that holds us back and join forces to battle the real villains, the greatest threat to our beloved planet: Tribbles and their evil leader Donald Tribble. Together we can stop them. Are you with me? 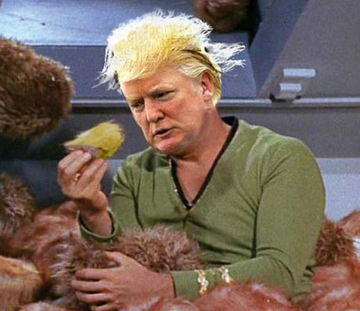 Hybrid animals are © Copyright the creative geniuses who made them, whoever you are.

13 thoughts on “The gene genie”