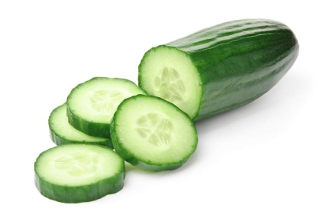 It was almost a year to the day since Peter Pike – AKA Procrastination Man – had last donned his ill-fitting spandex outfit and battled the forces of evil. But Peter had not been idle, far from it. In that time he had thoroughly reorganised his cutlery drawer, joined a gym (although not actually visited it) and made detailed plans to re-decorate the lounge and repair the kitchen window. There had even been a few half-hearted attempts to start writing his autobiography.

He had also, much to his surprise, found a partner, Melanie Grant, with whom he had made some exciting and probably completely impractical plans. An attractive, if slightly geeky young science graduate, she had been inspired by the press coverage of his earlier adventures and had responded to his online quest for a partner:

Their first meeting at The Black Crow pub hadn’t gone quite as well as they’d hoped. A nervous Peter had arrived late as usual, and then managed to spill his pint of beer all over their table. Melanie had ended up trapped in the women’s toilet cubicle, a faulty lock requiring intervention from the local fire brigade. But they had been able to laugh about it afterwards, and their disastrous evening had eventually ended on a unexpected high note.

As they had slowly gotten to know each other in the months that followed, the future suddenly seemed to be full of promise and adventure.

After a long planning phase, they were determined not to let any more grass grow under their feet. It was time for action, just as soon as they’d saved up enough cash to advertise their services in the papers, and whipped themselves into shape at the gym. And paid off the credit card bills. Yes, quite soon they would be ready to unleash the force of THE PROACTIVATORS upon an unsuspecting criminal world.

It felt more urgent than ever recently, since Gareth Pratt from the local paper had somehow got wind of their plans and mockingly dubbed them: THE PROCRASTINATORS in his tawdry little rag. They’d bloody well show him, the little gobshite. Galvanised into action, the pair decided there was no time like the present. It was all systems go! Starting tomorrow.

Peter was catching up with his rather lacklustre social media accounts when Mel let herself into the flat, almost tripping over the vacuum cleaner in the middle of the floor.

“Sorry,” said Peter, taking off his headphones, “I was gonna do that in a sec…”.

“That’s what it will say on your headstone,” Mel grinned, straightening his hair. “Anyway, never mind the housework, check this out!”

From a plastic carrier bag she produced a bright yellow and green outfit. An outfit made to match his own crime-fighting garb. It had the same logo as his: THE PROACTIVATORS in bold black lettering. He still wasn’t overly fond of the name, but all the really cool superhero names had been used, so it would have to do.

Before he could get a proper look, Melanie rushed into the bedroom to try it on.

Peter was responding to a particularly unpleasant troll on his Youtube channel when Melanie reappeared, clad in her shiny new outfit.

“Waddya reckon?” She enquired, “Does my bum look big in it?” She twirled around.

Peter soon forget all about Youtube and the unpleasant opinions of Satan’s_minion666 as he took in Melanie’s ample curves in the tight spandex costume.

“Yabba dabba doooooooo!” Peter exclaimed enthusiastically. “You look hot!” He blushed slightly, worried his reaction had been a little too caveman-like.

Melanie smiled and tried on the matching green eye mask.

“Oh man,” Peter said with a gulp. “I think any criminals will be floored just seeing that getup. No slick martial arts will be necessary.”

Melanie beckoned Peter into the bedroom, with a lascivious grin. “Just wait till you see the lingerie that goes with it. It’s practically invisible.”

Peter grinned stupidly and advanced on his partner in crime, his social media updates a distant memory.

Just as he had begun to unfasten the Velcro straps of her outfit, his Batman ringtone broke the spell. “Of for fuck’s sake,” he said, crestfallen. “It’s the new virtual PA. I told the company we were starting from tomorrow. Bloody useless nitwits.”

“You could ignore it,” Said Mel, unzipping her stiletto boots.

“Now then, is that a cucumber in your pocket, or are you just digging my outfit?” she giggled.

“Er, yeah, erm…” Peter blushed and removed a large cucumber from the pocket of his baggy old Levis.”I was just about to put it in the fridge.” He pulled out some rather squashed tomatoes from the other pocket. “Fancy a salad tonight?”

“They’d run out of plastic bags at the corner shop,” he protested, “I forgot they were still there.”

As soon as his mobile ceased ringing, the sound of a Skype call from Peter’s laptop on the kitchen table replaced it in the queue of distractions and annoyances.

Peter reluctantly went to the kitchen to answer the call. “Don’t go anywhere hun,” he yelled out, “I’ll be right back.”

“Hello? This better be important.”

“Mr er…” There was a rustling of papers and the caller disappeared from view for a moment. “Mr, Pike!” Said the caller, finally. “I’m calling from Gemini Virtual PAs, It is an honour to make your acquaintance Sir!” He smiled broadly.

“It’s Peter,” he responded grumpily, pulling his grubby T-Shirt back on. “What do you want?”

“Of course sir,” the caller responded. “Have I called at an awkward moment? Are you alone right now.”

“I’m very sorry sir, but I believe you may be in grave danger.”

There was a loud thump and a crash from the bedroom, and after a few moments, Melanie appeared in the doorway. “Sorry, she said, I tripped over the extension cable and broke the lamp.”

Peter held up a hand, then made an exasperated face, signalling his irritation at the interruption to their afternoon. Mel looked smoking hot in her skimpy red undies and he was growing more impatient with each second.

“I think you have been misinformed on that score, er, whatever your name is.”

“It’s David at your service Sir. We received a call from a gentleman named Harry Ha, he said to warn you to get out of the flat asap. He sounded quite serious and had tried to reach you himself several times. He said there was a cyborg-clone of Ms Grant on the loose and you are both in grave danger.”

Peter spat a mouthful of rather flat cola across the room. Cyborg-clone? What the hell is this guy on about, and what has Harry Ha got to do with anything, he wondered. He hadn’t seen Harry in more than six months. “Listen numb-nuts, my colleague Ms Grant is no more than two metres from me right now. Plus there is no such thing a cyborg-clone, outside the world of science fiction.”

“But Mr Pike, I’m trying to tell you sir, I know it sounds crazy but Mr Ha said the woman in your home at this moment may not be Melanie Grant. It may be an imposter, sent to trick you.”

Peter shook his head, but glanced at his cracked phone-screen and saw a string of missed calls from Harry. Must have been while I had the new ‘cans on he thought. Damn.

“Hello? I’ve lost the video, can you still hear me Sir?”

Mel came in and began to massage his shoulders and neck. “Listen David, Harry must be playing some sort of prank, I can assure you the woman who is standing right by me at this very moment is most definitely not a….”

“No, he can’t hear you dipshit. Peter has gone sleepy-byes. Over and out..”

The scantily clad Melanie Grant doppelgänger disconnected the call and then crushed the laptop with her bare hands and tossed it through the half-open kitchen window. She blinked once and connected to her team leader, on board a small but very fast amphibious vehicle, lurking cloaked and unseen in the river Thames a couple of miles away.

“I have them. I’ll meet you at the rendezvous as planned. Unit six out.”

The cyborg clone of Melanie Grant looked at the large IKEA rug in the kitchen and calculated it was just the right size for concealing the two unconscious humans. It would be easier to smuggle them out in pieces, she mused, but her instructions in this case specified delivery whole and undamaged. Never mind, she hoped that when her bosses had finished with them, she’d get the chance to try out her new ninja swords on the humans. It was so much more satisfying than slicing up cucumbers.

12 thoughts on “The Procrastinators”