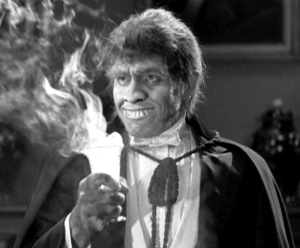 I’m a health nut and a borderline alcoholic. I enjoy science documentaries and art-house cinema, but I also like watching UFC fighters knock seven shades of shit out of each other. I’m a fairly empathetic person, but sometimes wish I could see my upstairs neighbours eaten slowly by wolves.

I’d be surprised if there were many people alive who didn’t exhibit some degree of these types of contradictory character traits. Their existence has surely inspired many writers and thinkers over the centuries, including the author Robert Louis Stevenson himself.

In Stevenson’s case, the idea for the Jekyll and Hyde story was at least in part inspired by a dream. No doubt the allegorical aspect must have appealed – the battle of good vs evil so common in religious thinking, but also perhaps as a social commentary on the hypocrisy of Victorian times.

These days many folks get to experience the effects of drinking Dr Jekyll‘s potion, taken liberally on a Friday and Saturday evening and often leading to similarly bestial behaviour.

The fact that we celebrate rather than condemn our Hyde-like excesses would probably have shocked our supposedly strait-laced Victorian ancestors. But then they were massive hypocrites who were off their tits half the time on any of the plethora of hard drugs freely available back then, for those who could afford them.

I suppose if we think in evolutionary terms, we needed to find a balance between the violence necessary for basic survival, and the nurturing and empathy required for our long-term flourishing. A society of completely passive and non-violent carers might be superb at parenting or organising wine and cheese parties, but could struggle with defending against outside attacks by hordes of Huns, Visigoths or marauding insurance salesmen. But a race composed of only bad-ass warriors would probably soon become extinct, if not through endless combat then possibly out of sheer boredom.

Among our cousins the apes, we have two examples of tribes with quite contrasting behaviours. The Chimpanzees are very hierarchical, patriarchal and often very aggressive. Leaders reach the top via dominant behaviour and schmoozing the lower orders, just as with human societies. The Bonobos are said to be more matriarchal, gentle and less aggressive. Make love not war is their motto.

For much of human history we seem to have been keen to emulate the chimps rather than the Bonobos. But there are signs we are slowly moving away from those patterns, towards a less violent and warlike future, even if it’s sometimes hard to see among all the global conflict and suicide bombers.

Perhaps one answer is to find meaningful ways to channel our baser instincts into less destructive activities. Entering boys into competitive macramé contests, or giving them kittens instead of guns to play with, for example.

Ditching the extreme ideologies, whether they be religious or secular, would certainly also be a step in the right direction. No easy task.

No doubt it would take several centuries to effect substantial change and create a more peaceful world, but I’m sure it would be worth the effort. Queuing for buses would be much nicer for starters.

Ultimately we have to decide if we want to allow the ‘better angels of our nature’ to win the day. Perhaps a modern-day Dr Jekyll can perfect a potion than keeps Mr Hyde fully under control, and only lets him out under strict supervision once a week, for spot of mixed martial arts against a well-matched opponent. In the event of a draw, the contestant with the best macramé and happiest kittens gets the win.

In the meantime, I will continue to practice restraint when my neighbours are rearranging furniture at one am, or flicking cigarette butts into our garden. But I cannot promise I won’t curse them to Hades and imagine them being torn limb from limb. After all, I’m only human.

9 thoughts on “Jekyll and Hyde”