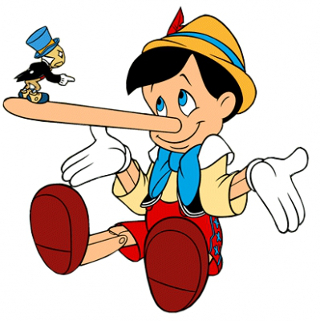 We instinctively recoil from people in authority who are publicly exposed as liars, feeling cheated and seeing them as tarnished individuals. Yet whether we like to admit it or not, we all have an intimate relationship with lies, fibs and tall tales.

According to a 2002 study conducted by the University of Massachusetts, 60% of adults can’t have a ten minute conversation without lying at least once.

I personally never lie, as I was telling Bill Gates and his wife Melinda the other night at dinner, on George Clooney‘s new super-yacht.