Read part one and part two of the story. 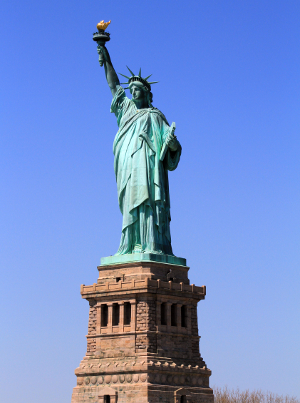 The situation looked grim – the demonstration outside New York’s Hall of Science was turning into a riot as more and more of the city’s thugs and crazies arrived to join in the melee. Salma was down, injured, Spark almost out of juice and Ray Flint – Rational Ray – seemed to be missing in action.

Will the forces of idiocy prevail? It’s time to find out..

Spark crawled across the grass to Salma’s side. Blood trickled down from her temple, giving him grave cause for concern. Her attacker, a hulking brute with shaved head and swastika tattoos was still close by, but just out of his reach. Perhaps he could manage one last stun before his battery ran flat. Where in the name of fuck was Ray?

Caitlin, Yukio and the rest of the Reason Crew were still battling the hordes of the dumb, but despite their skills and courage, they were hopelessly outnumbered.

Spark had never experienced the sensations that now coursed through his complex electronic brain – anger, frustration, fear – he’d never understood the human condition more fully than he did at that moment.

His messaging App bleeped – Chin up! It said simply.

In the next instant, a vehicle came screeching to a halt beside him. It was the Tesla, and as Ray leapt out, Spark experienced one further human emotion. Joy.

Ray shot Spark a grin as he threw him the spare power pack from the trunk. With under two percent charge remaining, it was not a moment too soon.

‘Thought you might be hungry, old chum,’ he said.

At that moment, the giant neo- Nazi skinhead came lumbering forward once again, a dozen cronies at his back.

Ray figured the Security Squad forces were probably evacuating the guests from the science conference, which made him feel slightly better. But they sure could use some backup. Then again, he wasn’t entirely sure whose side they’d be on.

Adolf on steroids swung at him with a fence pole, but missed as the agile Ray ducked, pivoted and connected a powerful kick to the monster’s head. He staggered, but stayed standing.

At five ten and a ripped one hundred-sixty pounds, Ray was rather outmatched by the gormless gorilla. But then every bully has his weak spots. So Ray’s next kick found his opponent’s groin, dropping him to his knees.

‘This is for Salma,’ said Ray, as he landed another perfectly timed kick to the thug’s jaw. The goon dropped like a felled tree. But they were not out of danger yet..

Salma began to stir, just as Spark – now back to full power – placed his diagnostic sensor to her head.

‘What are you doing, metal-man?’ she asked, tersely. ‘And why am I lying on the grass during a civil war reenactment?’

Ray glanced over at the tattered confederate flag lying close by.

‘Thank the stars you’re okay,’ he said, dropping to his knees at her side.

‘The hell with that,’ said Salma, wincing slightly.

‘Please stay in the car Salma, at least until we restore some kind of order.’

‘Not while the Crew are still at risk Ray, they need our help,’ she insisted.

While Salma rejoined the battle and Spark held off the rest of the skinhead contingent, dropping any who got within range, Ray climbed onto the Tesla’s roof, to survey the scene. He smiled. ‘About damn time!’

Around two dozen vehicles pulled up close by – an odd assortment of battered camper vans, station wagons, hybrids and electrics. The occupants, responding to Ray’s urgent call for help across social media channels, were mostly members of Citizens for Science, a broad, cross-party coalition with a common cause – to stop the brain drain and defend rationalism, secular education and knowledge.

The ranks of the Reason Crew – battered but unbowed, were suddenly swelled by a welcome influx of support. Although rather more enthusiastic than combat-experienced, the CfS numbers were just the morale booster the exhausted Crew needed.

The CfS had a few tricks up their collective sleeves too. One had hacked nearby citizen, police and military drones, and was using them to buzz the enemy and zap any within range. Ray couldn’t help but laugh when he heard ‘Ride of the Valkyries’ coming from a miniature chopper that was peppering the remaining neo-Nazis with tiny missiles.

The scene grew yet more surreal as a local Hare Krishna group began to weave through the chaos, drumming, chanting and urging peace and love. It was not universally well-received, although a few of the skinheads seemed distracted by the music and bright colours.

Ray wiped a mix of sweat and blood from his eyes. He dropped back down off the car’s roof and helped Spark, Salma and their small alliance to see-off the last of the thugs.

Arriving way too late, a contingent of the black-clad Security Squad showed up and began making arrests.

‘Here comes the cavalry,’ joked Spark. ‘Are we the cowboys or the indians?’

The team leader, as if in answer to Spark’s question, ran over with two of his men. He pulled back his visor. It was Matt Darwin, a college chum and former sparring partner from Ray’s old dojo.

‘Holy spaghetti-monster,’ said Ray. ‘I don’t believe it! What crazy fool put you in charge?’

Matt slapped Ray’s outstretched palm. ‘Heard you were having some bother with the natives, sorry we couldn’t make it sooner. You may have heard, the country’s going to hell in a handcart and there are riots breaking out all over since the news of the impeachment spread.’

As the Lieutenant’s men made arrests and directed medical teams to the injured, Salma, Ray and the Reason Crew re-grouped wearily. Some of them were headed for the emergency room, but with no critical injuries sustained, the sense of relief was palpable.

‘You have to wonder about this prophesy talk,’ said Ray, leaning wearily against the car and swigging from a flask of water. ‘there’s an almost apocalyptic vibe in the air right now. Perhaps it’s self-fulfilling.’

‘Even a stopped clock tells the right time twice a day,’ said Matt. ‘Maybe this time the fundies got it right. Maybe it really is a sort of end times.’

‘Maybe,’ said Ray. ‘But somehow I rather doubt it. I’ve lost count of how many end of the worlds we’ve all lived through so far.’

The Autumn sky had darkened, and and a few spots of rain began to fall. Raymond Flint watched an east-Asian child with his Mother, hurrying home from the zoo. The kid clutched a single red balloon. It reminded Ray of happier times, before his father’s untimely death and all the pain and misery that came after. His Mother had taken him back to live in Tokyo, heartbroken and fearful for her son’s future in America. But Ray felt a powerful pull from the land he’d called home for so many years. He’d had to return, despite his Mother’s pleas. For all its faults he loved America.

Salma placed a hand on his shoulder. ‘Our work is done Ray. Let’s get outta here.’

The gang returned to the converted warehouse building in the Bronx that Salma and the Crew had made their home and headquarters. With space for a gym and dojo as well as science labs, living quarters, a large kitchen and a community library, it was a unique and well-used refuge from the forces of darkness, as Salma liked to call them.

While the walking wounded got cleaned up, a small group gathered in the lounge space to catch up on the latest news reports. Over cold beers and pizza, they watched in silence as reports of rioting came rolling in from across the country.

Vice President Palin made a live TV address to the nation, but her speech, a mixture of incoherent babbling and numerous references to Jesus and Satan, had not exactly calmed the situation. In fact she had looked unhinged and totally out of her depth.

With congress in emergency session, the unspoken question hung above the room like a dark cloud – what next? Ray wondered if they were witnessing the end of the scientific revolution in the US, whether hundred’s of years of progress, would be swept away in a tidal wave of superstition, ignorance and hatred. Maybe the beginnings of a new civil war?

He drained his beer and reached for a slice of pizza. His eyes flitted from the big screen to his cell-screen and tablet. A million voices, streams of data, predictions, stock market chaos, global unrest, more suicide attacks, a nuclear plant meltdown, a military coup, on and on, till at last he closed his eyes to shut it all out.

From somewhere far-off a familiar piece of music filtered into the room. He struggled for a few moments to place the song. The penny dropped and the song – Mad World – had never seemed more apt. Sprawled on a old Ikea sofa rescued from a dumpster, they watched Spark, entertaining a group of Reason Crew and CfS members with trick shots at the pool table. He almost seemed like his old self – swearing and wisecracking. He always was the life of the party.

The media barrage washed over them as they ate and drank. It was both new and yet depressingly familiar news. After several more beers, Ray broke the silence: ‘You can sway a thousand men by appealing to their prejudices …’

‘..quicker than you can convince one man by logic,’ interrupted Salma, with a broad smile.

He gazed deep into her dark brown eyes, with a cheeky boyish grin on his face she knew only too well. ‘Don’t get your hopes up, superman,’ she teased.

‘Fuck yeah!’ shouted Spark from the pool table, as he sank another spectacular shot.

The smell of marijuana drifted over, but Salma let it go. The guys were letting off steam and it was no time for lectures.

They watched them together – youngsters and grandparents, black, white, Hispanic and Asian, a group that straddled the divides of politics, class, age and gender. The myth of different races seemed never more obvious. No superficial differences of skin tone or facial structure could obscure their common humanity.

As the details of Trump’s impeachment continued to dominate the news, Ray wondered if it signaled a new beginning. No president had even been so divisive and stirred up so much hatred and chaos. A sudden glimmer of possibility chased the miasma of gloom from his tired brain. Perhaps their beloved homeland would turn the corner at last. Maybe this was the darkness before the dawn.

‘I think she likes me,’ said Ray, happy with the feline vote of confidence.

‘I guess she’s a sucker for that cheesy grin,’ said Salma. ‘But then aren’t we all,’ and she leaned across and kissed him.’

Ray made a mental note to bring Tyson a bag of katnip on his next visit. That, and a bottle of tequila to replace the one they’d almost finished.

‘Oh I think I’ll live. All this liquid anesthetic has sure numbed the pain.’

Resting her head on Ray’s shoulder, Salma asked him if he needed anything. ‘A two-week vacation in Costa Rica would be cool,’ he replied, slurring his words a little. ‘But I’d settle for one night in your bed.’

Salma looked up, returning his drunken gaze. ‘I think I might just have a vacancy..’ she said, with a slightly girlish giggle. ‘Let’s go get irrational, Ray.’

3 thoughts on “The rise of the idiots – a dystopian tale. Part three”